Having been privileged to help their clients reach their financial goals and dreams, Ray and his team feel responsible for making our community a better place for all its residents. Ray frequently volunteers his time and resources in a variety of ways including:

Ray believes strongly in giving back to his community.  So when he was asked to support his alma mater, Quinnipiac University, he felt very fortunate that he could give back to the school that gave so much to him.  In addition to being a 1988 Quinnipiac graduate, Ray Kubick is also a men's hockey season ticket holder.

On April 20th, Ray Kubick was invited to the 2012-2013 annual season banquet to speak to the graduating seniors as well as the friends and family of Quinnipiac hockey.  This night consisted of team awards, recognition of the team’s accomplishments, and a featured speech from Quinnipiac President, John Lahe

This year, the Quinnipiac hockey team won the most games in program history - 30 - on their way to the NCAA Frozen Four and the National Championship game.  As a gift to all the graduating seniors of the hockey team, Ray Kubick has framed the hockey jerseys, for them to enjoy as a memory. 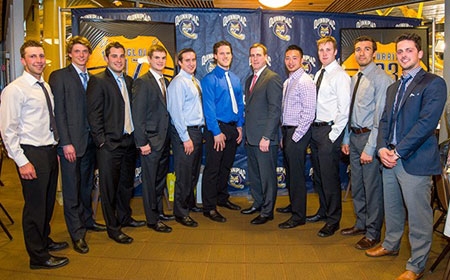 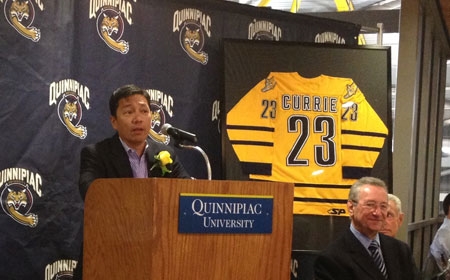 Steve Forbes on "Econo-ME: Ensuring Your Financial Security in the New Normal"

Ray and a special group of our clients and friends were fortunate enough to meet and spend an afternoon with Steve Forbes, chairman and editor in chief of Forbes Media.  He shared his thoughts on our economy, the markets, and how individuals and business owners can ensure their financial security in the new normal. Steve's three day tour saw over 4,000 attendees in total and included panel discussions in Miami and Palm Beach, FL; Washington, DC; Hartford, CT; Raleigh and Charlotte, NC; and Milwaukee, WI. In Hartford, where there were over 600 in attendance. Key insights presented at the events were: 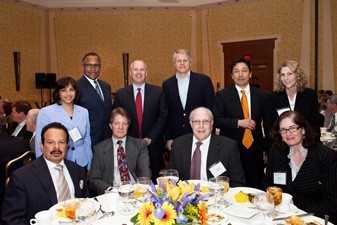 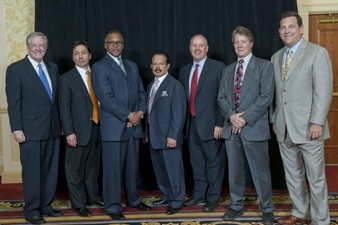